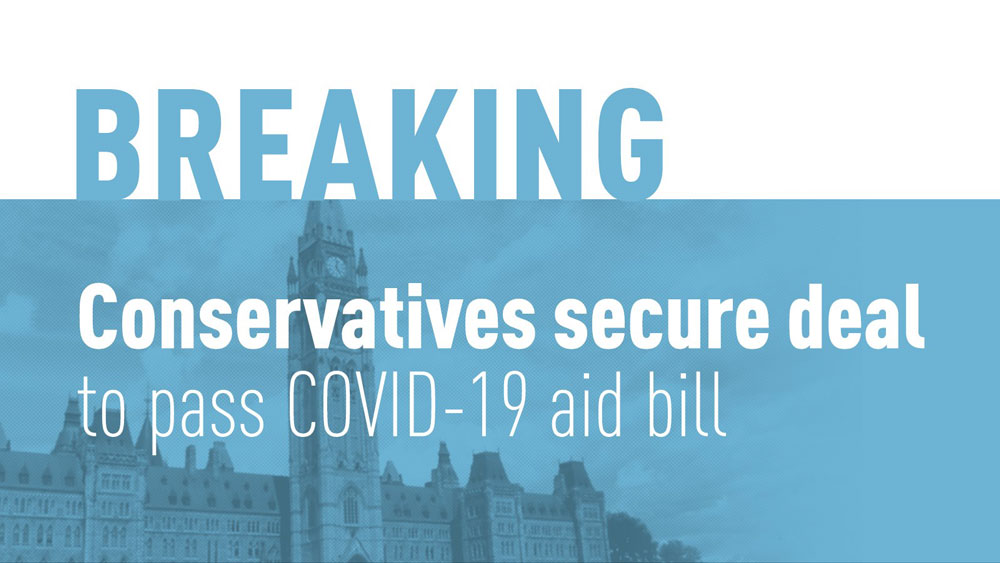 “Since the beginning of this crisis, Conservatives have been focused on Canadians and getting them the support they desperately need. We recognize that these are unprecedented times and that urgent action is needed. Almost a million Canadians have already been laid off, stores and restaurants have been told to close their doors, and Canadians have been told to stay at home. We also know that this crisis has hit our economy hard and that the months to come will be difficult.

That is why Conservatives have been flexible in our approach, while also continuing to ensure government oversight.

When we agreed to the extraordinary suspension of Parliament, Conservatives insisted that the government be subject to substantial accountability measures including that the Auditor General would audit any new spending, that parliamentary committees would be able to review all of that spending when Parliament resumes, that parliamentary committees could be recalled at any time, and that the government must immediately inform the Opposition of any spending and make it public within seven days.

We also agreed to bring back the House of Commons this week with only a small number of Members present. We were prepared to quickly pass the measures that the Prime Minister had announced to date. What we were not prepared for was the government’s attempted undemocratic power grab.

The Liberals shamefully tried to use a public health crisis to give themselves the powers to raise taxes, debt and spending without parliamentary approval until January 1, 2022. But after hours of negotiation, the government has backed down.

Conservatives have secured the following concessions:

Our effective Opposition has also gotten the government to reverse course on other policies.