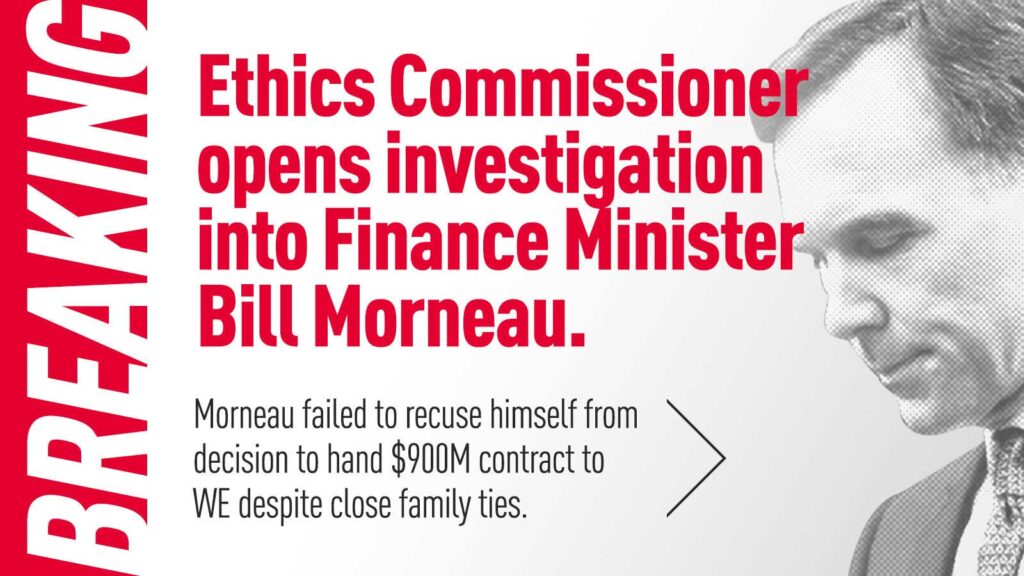 Following our requests for an investigation, the Ethics Commissioner has confirmed that he has launched an investigation into Bill Morneau’s involvement in awarding the $900M contract to WE Charity.

Today, the Finance Committee will start its investigation into the government’s awarding of the contract to administer the $900M Canada Summer Service Grant program to WE Charity.

Conservatives will continue to hold the Prime Minister and his government accountable. We will not rest until Canadians have answers.