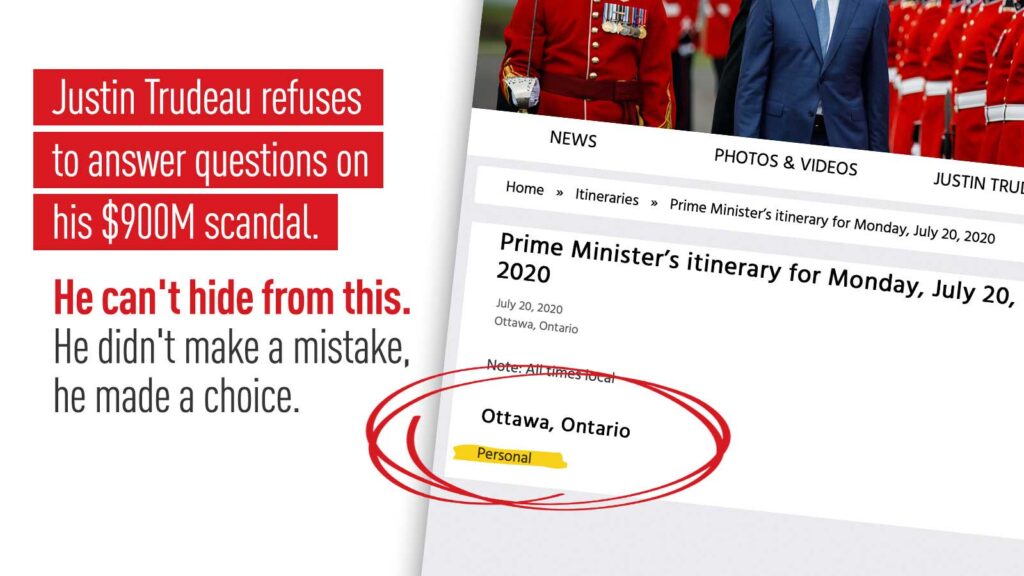 Andrew Scheer, Leader of the Official Opposition, was in the house today and was going to ask Justin Trudeau about his $900 million scandal and ask him when he would be appearing at committee to testify.

But instead of showing up to answer questions, as he said he would last week, Justin Trudeau decides to take a personal day today.

He chose the date at which the House of Commons would convene, and he’s not showing up for work today.

Now, Justin Trudeau cannot hide from this scandal. He didn’t make a mistake. He made a choice.

This is the kind of scandal you would expect to hear happened in a corrupt country halfway across the globe. Not in a G7 country like Canada.

But given the Prime Minister’s history, it’s not really that surprising.

The Trudeaus have appeared in, participated in, and financially benefited from dozens of WE events since Justin Trudeau became Prime Minister. 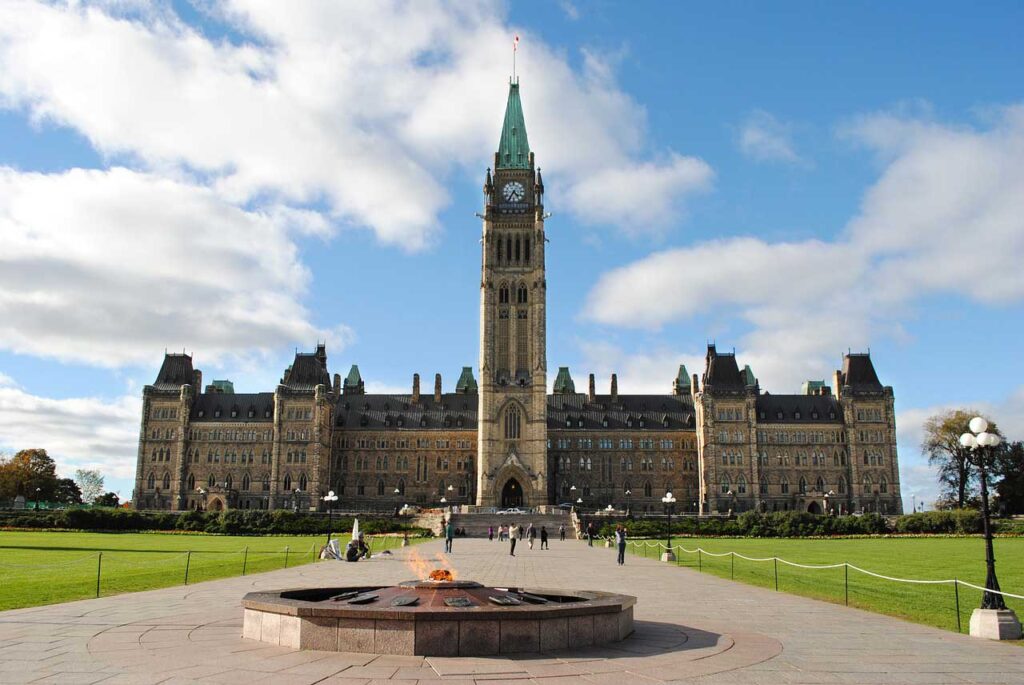 Each time, they were given a platform to promote their personal brand and the Liberal Party’s policies. Now we know they also got paid.

Meanwhile, WE, the organization, has received multiple sole-sourced government contracts. The latest worth almost a billion dollars. That raises serious questions about the Trudeau government’s relationship with WE.

Almost a billion dollars, no competition, no oversight and no accountability – sorry just isn’t going to cut it.

And thanks to the hard work of Conservatives, two Parliamentary committees are investigating.

It should have been three, but Liberal MPs on the Ethics Committee decided to help cover-up Justin Trudeau’s latest ethics violations and blocked a vote on Friday that would have launched further committee meetings.

That is shameful and I hope that they are held accountable by each one of their constituents in the next election. Justin Trudeau cannot be allowed to sweep this latest scandal under the rug.

Just last week at the Finance Committee, we learned that WE Charity lobbied cabinet ministers, to adopt a proposal before the Canada Student Service Grant was ever created.

We also learned that WE is not registered to lobby the government.

Shortly after that, the Prime Minister personally announced the new program.

We are told that WE immediately, in fact on the same day, submitted a revised proposal, which Cabinet ultimately approved.

That’s not normal, and the government can not use the pandemic as an excuse.

Canadians deserve to know who suggested to WE that they submit their original proposal?

Who told WE about the announcement and what they would have to do to make their proposal fit the new perimeters?

Why was WE the only organization considered?

Did Ministers know about the financial relationships between the Trudeau family, the Morneau family and the WE organization?

Would that have changed their position on awarding the organization almost a billion-dollar contract?

Do other Ministers or their family members have financial relationships with WE Charity?

Why did the Prime Minister and the Finance Minister not recuse themselves from the cabinet decision?

Was the Prime Minister aware that red flags had been raised about WE’s financial dealings?

Was he aware that WE has amassed $43 million in real estate holdings in downtown Toronto?

These are all questions that must be answered during the course of the many investigations.