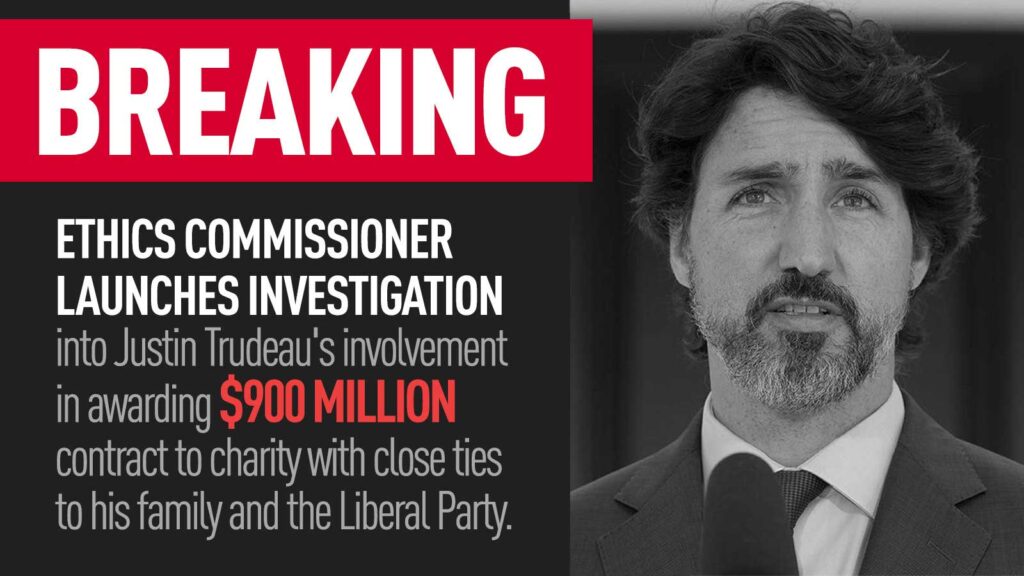 BREAKING: Ethics Commissioner launches investigation into Justin Trudeau’s involvement in awarding $900M contract to charity with close ties to his family and the Liberal Party.

Justin Trudeau promised he would be accountable and ethical. Instead, time and time again, he has used the power of his office to enrich himself, reward his friends, and punish his critics.

He has been found guilty of breaking ethics laws twice already, now he’s under investigation again.