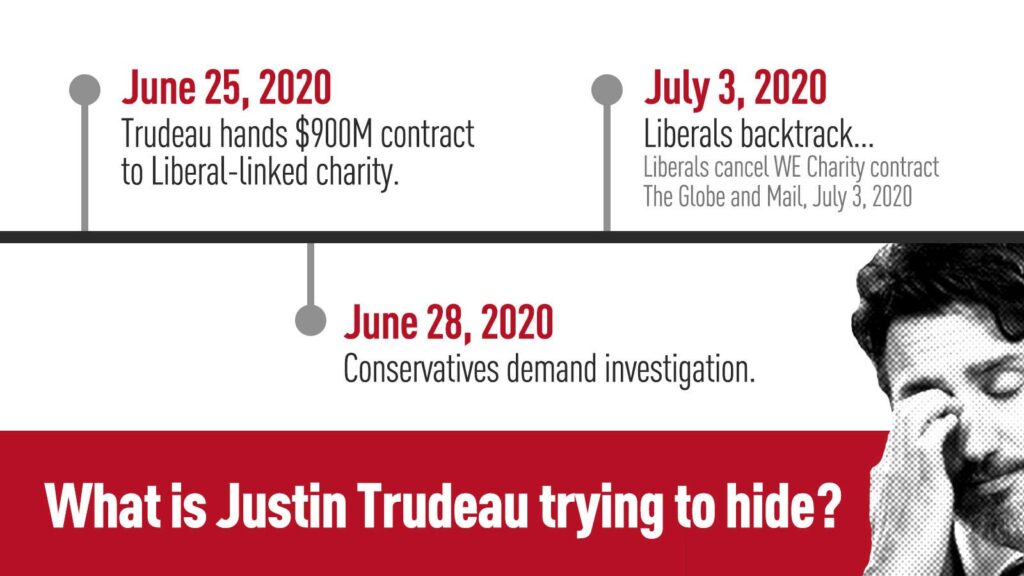 On June 25th, the Liberal government announced they will be outsourcing the Canada Student Service Grant (CSSG), a $900 million-dollar program to the internationally mandated WE Charity. Outsourcing a $900 million-dollar program designed to pay students and recent graduated for volunteer work to a third party raises justifiable concerns and a number of questions. In addition, the connections between WE Charity and the Prime Minister are well documented.

On June 28th, Conservatives wrote to the Auditor General asking her to include the $900 million CSSG program and the government’s outsourcing of it to WE Charity in the final report to Parliament on the government’s pandemic spending. In addition to this, Conservatives sent a letter to the Procurement Ombudsman asking him to review the Trudeau government’s decision to award the CSSG program to We Charity, as well as the five sole-source contracts that the organization has previously received.

Today, the Liberal government abruptly backtracked and announced that WE Charity will no longer be managing the program. According to WE Charity, the “operational responsibility will be passed to the Government of Canada.”