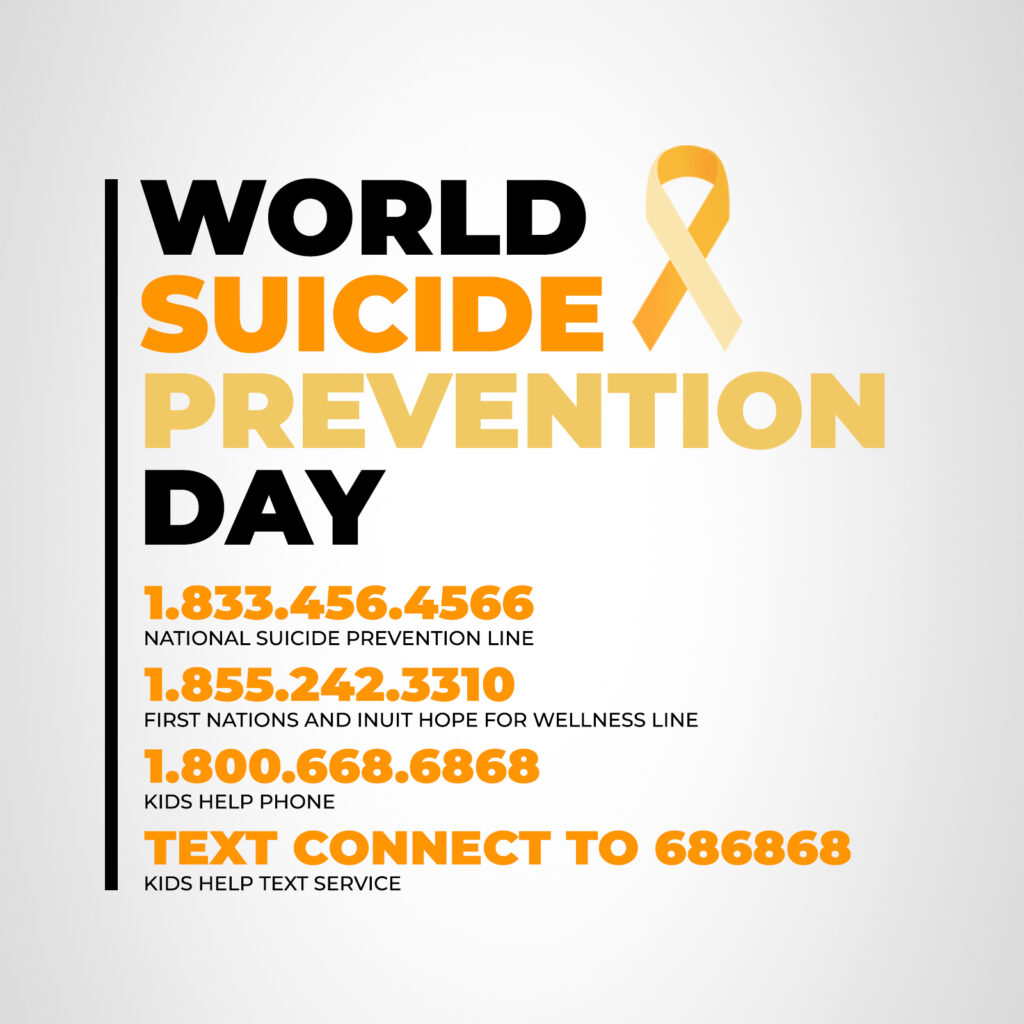 Today in Canada, 10 people will end their lives by suicide; up to 200 others will attempt so and for each death by suicide, between 7 and 10 survivors are profoundly affected.

Suicide will leave up to 100 people in a state of bereavement.
Conservatives recognize that suicide is a critical public health issue.
Under the leadership of Erin O’Toole, Conservatives are focused on raising mental health awareness, removing the stigma and will work with provincial governments to strengthen support for mental health across Canada when we form government.

Please share this in order to spread this information to those who are looking for it.