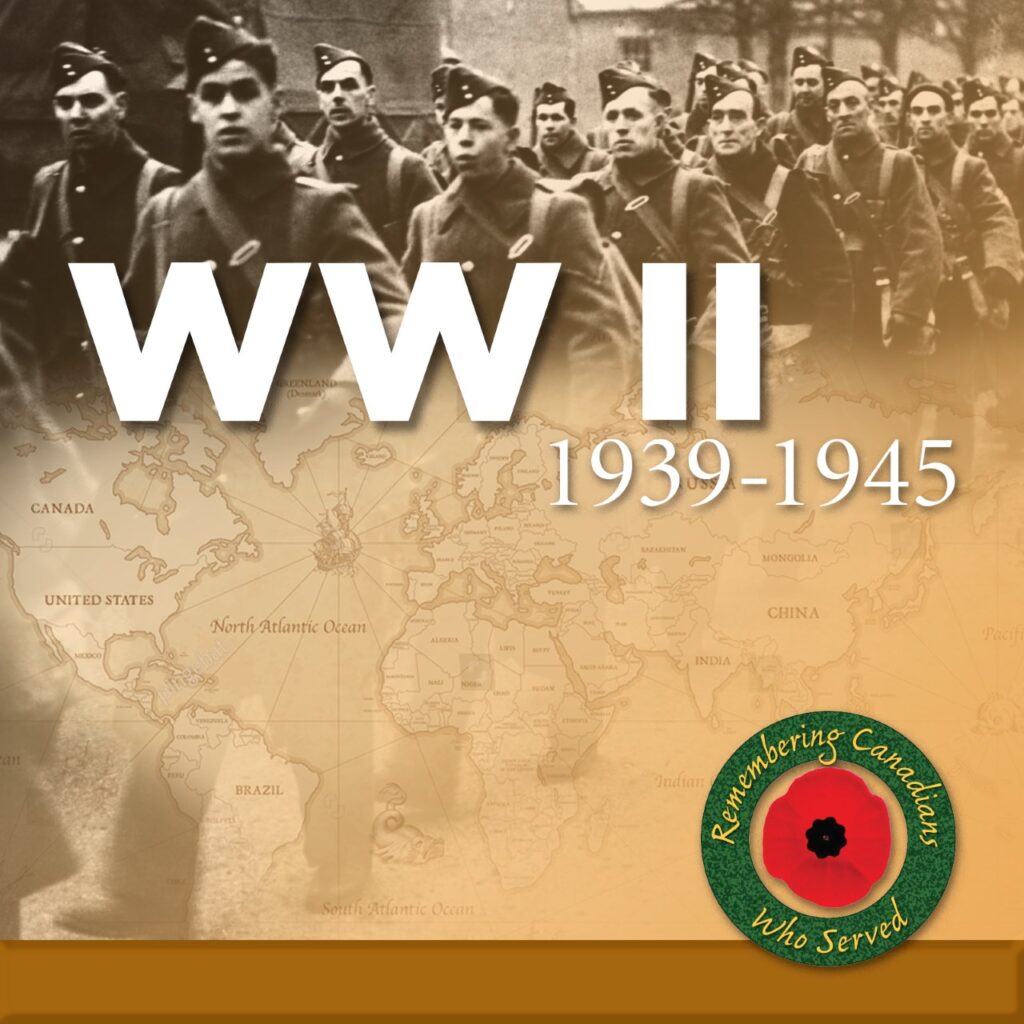 WWII (1939-1945) More than one million Canadians and Newfoundlanders served in the military during WWII. More than 45,000 lost their lives, and 55,000 wounded. At the beginning of the war in 1939, The Royal Canadian Navy had only seven ships, expanding into the third-largest navy in the world by wars-end in 1945, turning the tide on devastating German U-Boat offensives.