FYI…. Rogers Communications has signed a deal to buy Shaw Communications in a transaction valued at $26 billion, which would create Canada’s second largest cellular operator. The Competition Bureau has stated that it will be reviewing this deal.

Canadians pay some of the highest cell phone and internet rates in the world. Conservatives will continue to stand up for Canadian consumers and ensure their interests are put first. 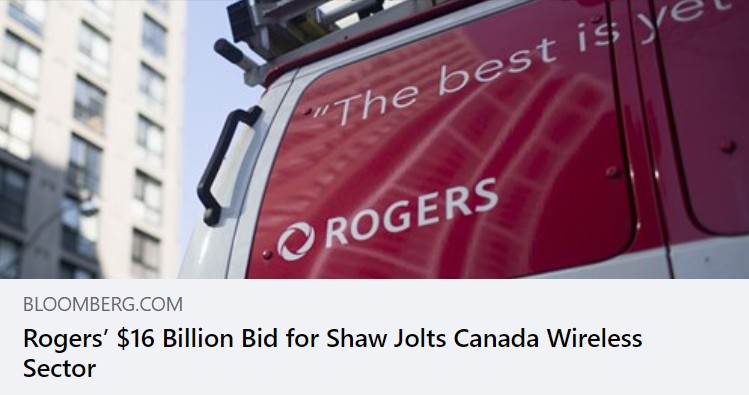 Check out Bloomberg's Article to learn more on this Issue