Great news for Windsor-Essex Airport. NavCanada has concluded its study and will be keeping the Windsor Airport Control Tower open. Closing it made no sense and would have put many in danger due to the Windsor Airport’s proximity to the very busy Detroit International air space. The Windsor airport never should have been considered in this study and that’s the case Chris and other local officials made. As Chris said back in November when news of this study first came to his attention, “The facts on the ground don’t warrant Windsor’s inclusion.”

Thankfully, NavCanada made the right decision.

What’s missing from an otherwise great article (see below) is an even passing mention of the efforts of Essex MP, Chris Lewis. When the news first broke last fall that NavCanada was including the Windsor airport in their study of seven Canadian airports being considered for closing, Lewis took swift action. He spoke with Mayor Dilkens numerous times, met with the Aerospace lobby, with Unifor and with the Windsor Airport Authority. He also arranged a Briefing with NavCanada officials to which all local MPs were invited, including Chatham-Kent-Leamington MP Dave Epp who did attend. Subsequent to those meetings, Chris issued a public Statement, wrote to the Minister of Transport and maintained regular contact with those involved in the advocacy efforts on the ground.

As the only local daily, headquartered in Windsor, the Windsor Star can be very myopic when it comes to what public officials in Essex County and Chris, as the MP for Essex, do. It is doubly hard when one is a Conservative politician. Thankfully social media helps to fill the void left by MSM. 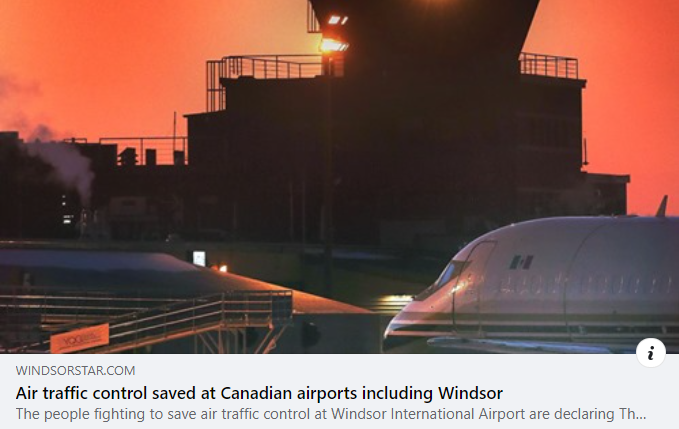