Tim Dobson, the current Director of the Jack Miner Migratory Bird Foundation and Chris are both quoted in the article.

“The MP for Essex says that Jack Miner was somebody that continued to serve on so many fronts. He says that Miner allowed others to see that possibility thinking is real – he brought hope and opportunity to the people. “It’s not only enough to dream it [but you also] have to work it as well and therein lies [these] 450 acres that he single handedly brought to life,”

Lewis says. “We’re going to make darn sure this Jack Miner’s legacy lives on because each of us lives and breath it, we just need something to get behind and leave this world a better place than we found it, just like Jack Miner did.” 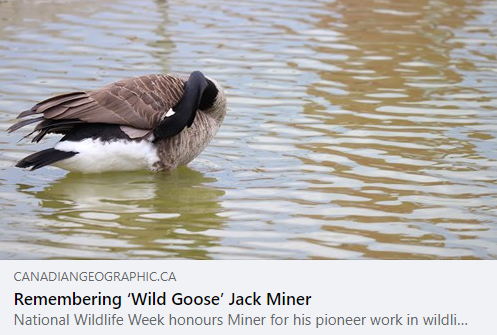