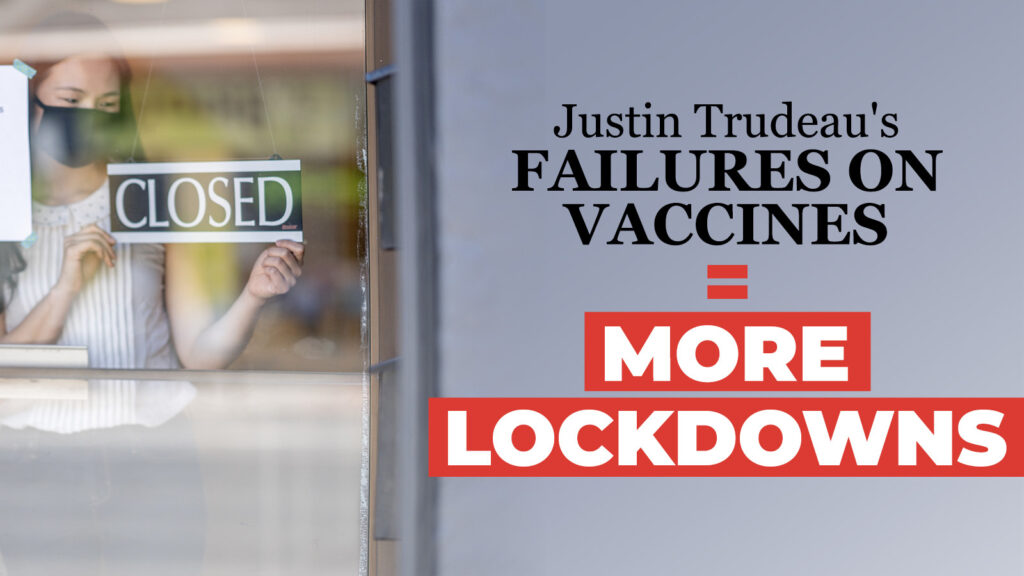 “Over the last 24 hours, the Trudeau Liberals have flip-flopped on allowing Canadians to receive vaccines from the United States. Once again, we are seeing more conflicting and confusing messages from the Liberal government on vaccines.

“The Liberal government even went on to say ‘COVID-19 vaccines are widely available in Canada’ – a far cry from what most people are experiencing. There are countless Canadians who have not received their first vaccine, and most will still be waiting months to receive a second dose.

“Border cities like Detroit have offered to share thousands of vaccines that are going to waste on a daily basis with Canadians, but the Liberal government is working overtime to ensure that Canadians’ cannot access these lifesaving vaccines. The Liberals must immediately work on a solution for Canadians to access available vaccines from the United States.

“While large sections of Canada remain in lockdown during this third wave caused by our lack of vaccines, we cannot afford to waste the opportunity to secure more.

“More delays, more excuses, and more of the same from the Trudeau Liberals. Only Canada’s Conservatives are demanding the Prime Minister immediately correct this situation and allow Canadians to receive vaccines from the United States.”