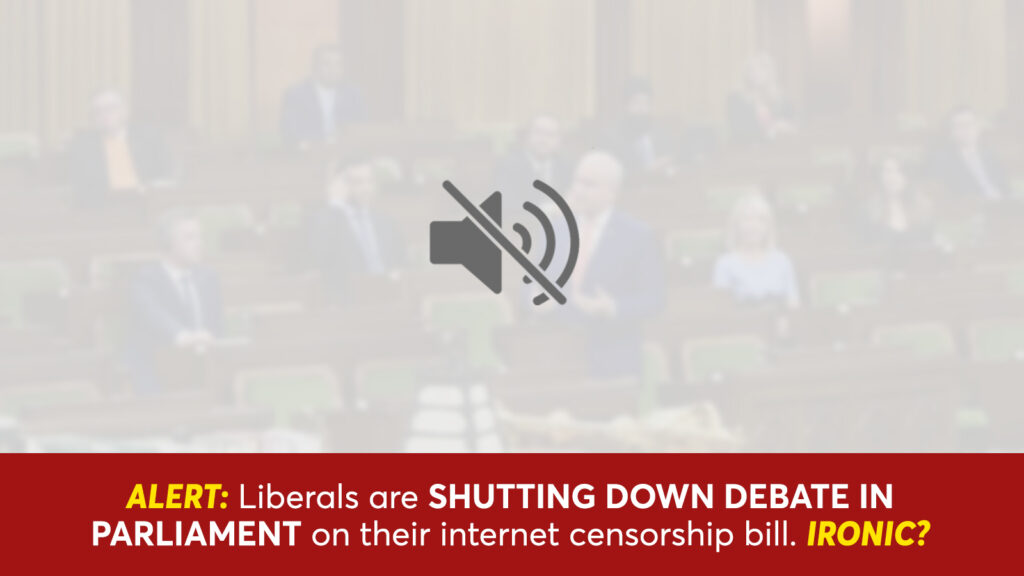 Thank you for those who have reached out to my office to express their concerns about Bill C-10. We are receiving a high volume of policy inquiries so please be patient with my staff as they work through each one. Here is the latest on Bill C-10.

The Liberals with the help of the Bloc Quebecois voted Monday to time allocate a parliamentary committee’s study of Bill C-10. This tactic has only been used three times in Canadian history.

Conservatives are calling on Justin Trudeau to withdraw Bill C-10, An Act to amend the Broadcasting Act, and to make consequential amendments to other Acts.

Bill C-10 is currently being debated and amended in Heritage Committee. Weeks ago, the Liberals voted against the section of their own bill that would have at least partially exempted individual users who upload videos to social media sites like YouTube and Facebook from CRTC regulation under the bill. The Minister also mentioned that the CRTC could impose discoverability regulations on individuals who have a large-enough following online.