The Today, Bill C-10 will be reported back to the House from the Canadian Heritage Committee, and the Liberals will move a programming motion to preemptively shut down debate on this legislation at report stage and third reading.

Once adopted, the programming motion requires the report stage debate to begin immediately and will last for just one hour. After the vote at report stage, the House will begin third reading debate for little more than one additional hour.
In a society that values freedom of speech and expression, Bill C-10 leaves the door open for a massive abuse of power on the rights of Canadians.
We are calling on Justin Trudeau to withdraw Bill C-10. If this is not done, a Conservative government will stand up for Canadians and repeal this deeply flawed legislation.

While the NDP and the Bloc may look the other way on the freedom of expression, Canada’s Conservatives will not! 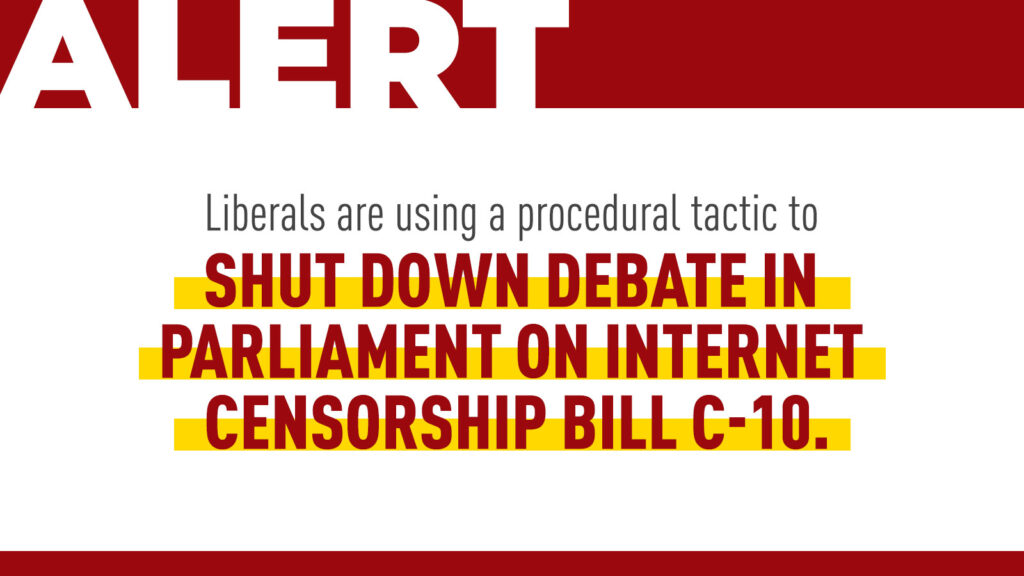