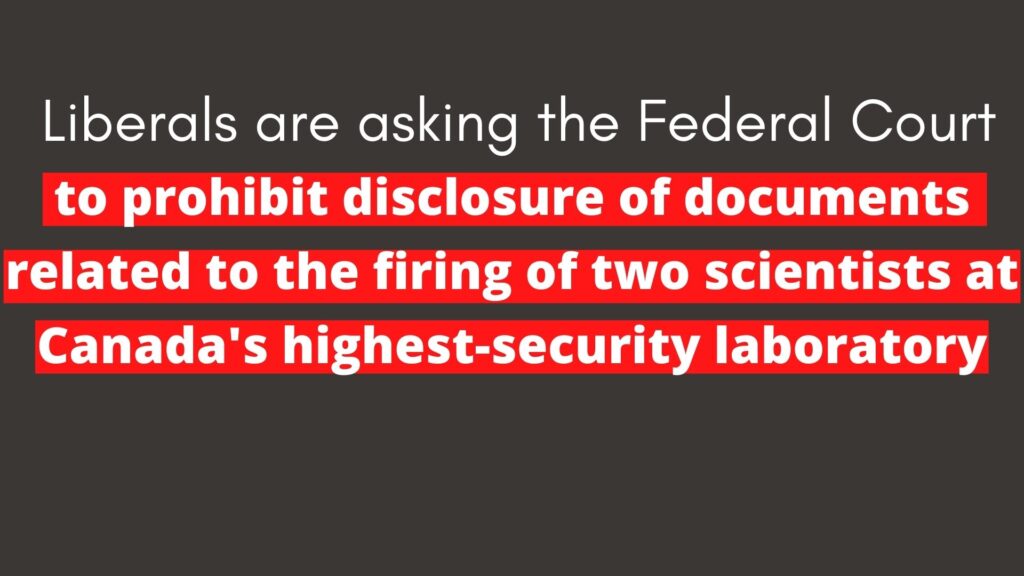 The CPC have taken the necessary steps to challenge Justin Trudeau in court to end the cover-up of the Winnipeg Lab documents.

We will not stand by while Justin Trudeau’s corrupt Liberal government undermines the supremacy of Parliament, and the right of Canadians to know the extent to which the federal government was partnering with scientists associated with the Chinese military.

We will be getting down to the bottom of this and we will be releasing these documents within the first 100 days of forming government.